You would expect nothing less from the Martha Graham Dance Company than a superbly executed, attractive, and impeccable performance, alive with colour and amazing style.
"In the Centre of the stage is where I am" – Martha Graham (1894-1991).

This was their debut at the Teatre Liceu, which provided a unique opportunity to witness the work of dancer and choreographer Martha Graham, a true pioneer in reflecting the modern art form of her time through dance.  The programme focused on her most representative compositions, created at different periods in her life.

Her technique, sometimes defined as “dance from the vagina”, a name that disconcerted the choreographer herself, and rightly so, is based on movements contrary to those of classical ballet. In classical dance everything is open and rotated outward (en dehors), whereas Graham did it closed and in parallel. The back is a major focus of attention in the development of her method as, through contraction and release, and using the abdominal muscles and pelvis, it forms the dancers, giving the spine strength and flexibility.

Breathing is a fundamental tool when practicing contractions, and is essential to performing the technique correctly. The shift of body weight is key to movement, and hence, its discipline.

Breathing plays a major role in the quality of movement in the leaps and falls, the contraction and relaxation of the torso, shoulder rotation and, consequently, the elegant and technical port de bras.

The legs in parallel, together with the arms, form ‘closed’ positions —using classical ballet as our base—, where the relevé is of secondary importance to solid and exhaustive floor work.

Graham’s idea was to move away from the classical dance technique, which she certainly succeeded in doing. She created a recognisable system that bears her name: the Graham technique, a study technique developed through the creation of new movements, as important for any dancer as the classical technique.

The Graham technique involves one dancing on the floor, with bare feet flexed, to understand the relationship of the hips with the shoulders, to demonstrate the shift of the body weight and then, after a few seconds, return to the original position. It is a severe technique, just as the classical is.
During my studies at Teatro Colón, eight basic years were spent studying classical dance technique, whilst also learning the Graham technique. One was not taught independently of the other; they went hand in hand. As did a third fundamental technique in the training of a professional dancer: the bolero school.

The programme offered at the Liceu on the night of the company’s debut was highly representative of Graham’s work, as the selected pieces highlighted historical moments of her life as a choreographer. The sets were reminiscent of cubism, as in her famous ballet, Embattled Garden, which premiered in the Adelphi Theatre in New York in 1958, which expounds her view of paradise lost, and Errand into the Maze, a descriptive and profound inner psychological journey, premiered on 28 February 1947 in New York, are among her most remarkable works. The programme also included Diversion of Angels, a piece of sheer brilliance from the troupe, with excellent results. To round off the billing, was her most socially-committed work, Chronicle, which premiered on 20 December 1936 at the Guild Theatre in New York. It is an extraordinary piece of work. 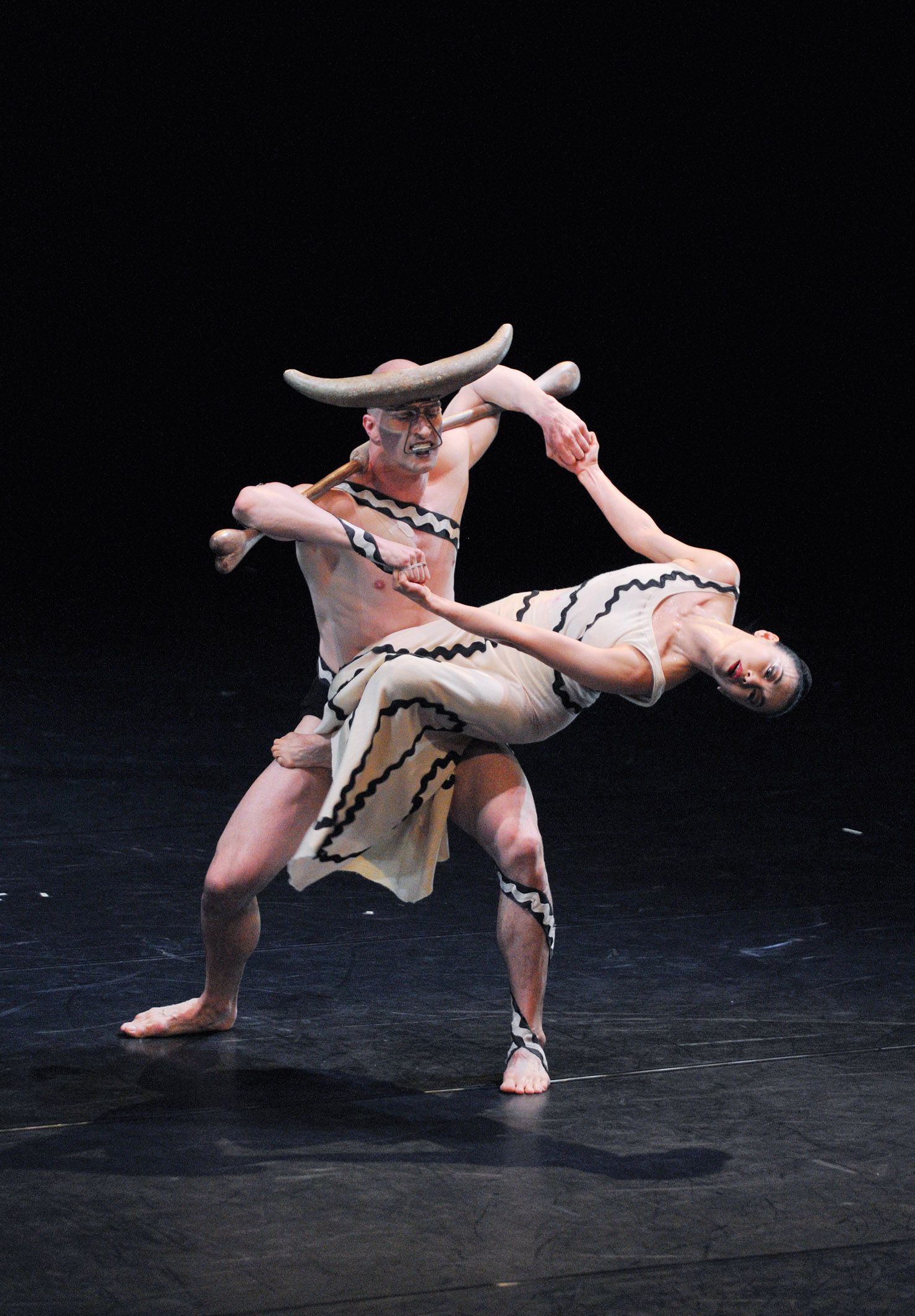 4 – Errandinto the Maze ©  A Bofill, courtesy of the Teatre Liceu

Martha Graham challenged the canons of ballet, with her witty, transgressive, and arrogant personality. Her dance is the result of passion and interest in the emotions of human beings, in tragedy, and in the limits of pain.

Personally, what I like most about Martha Graham is all of her. Her technique and her dance, her costumes and the way she wore them, her sets and the music she chose for each of her compositions, her hairstyles and her make up, her hands —bony and gnarled with arthritis and hidden away in gloves, — and the way she moved them. Her facial expression, which reflected her discipline and highly demanding nature.

Her personality and creativity symbolise modernity in dance (she personally rejected the term ‘modern’, as she associated it with things old, and preferred to use the term ‘contemporary’), and taught us that dance need not be beautiful, but it should be real.

Such was her desire and one of her greatest ambitions, that she converted her art into the undeniable hallmark of dance in the United States.

Her relationship with the realism of the human experience was, and still is, admirable; a true reflection of a new language of movement for which she created choreographic compositions, totalling over 180 throughout her life, until she died at the age of 96.

I dare to define her technique, because I know it, I have studied it, and both classical and contemporary dance. I think it should be the mission, and mandatory study, for dancers of any era.

4 – Errandinto the Maze ©  A Bofill, courtesy of the Teatre Liceu

5 – Diversion of Angels ©  A Bofill, courtesy of the Teatre Liceu 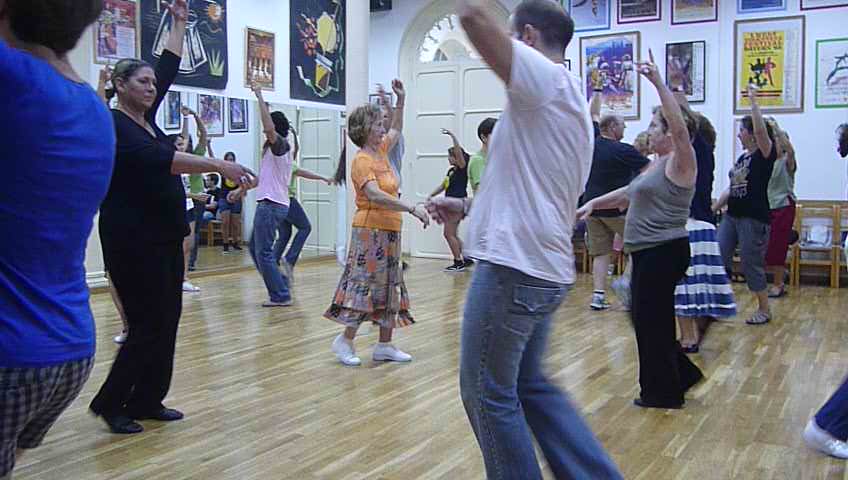 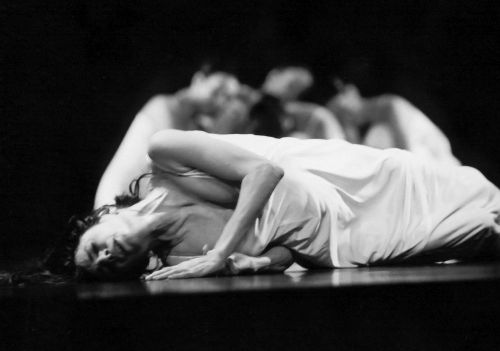 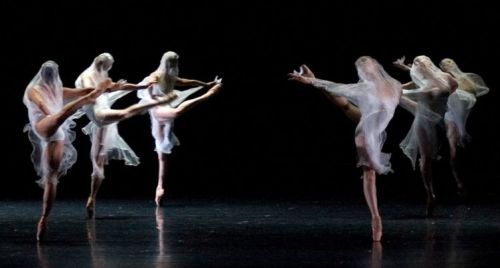 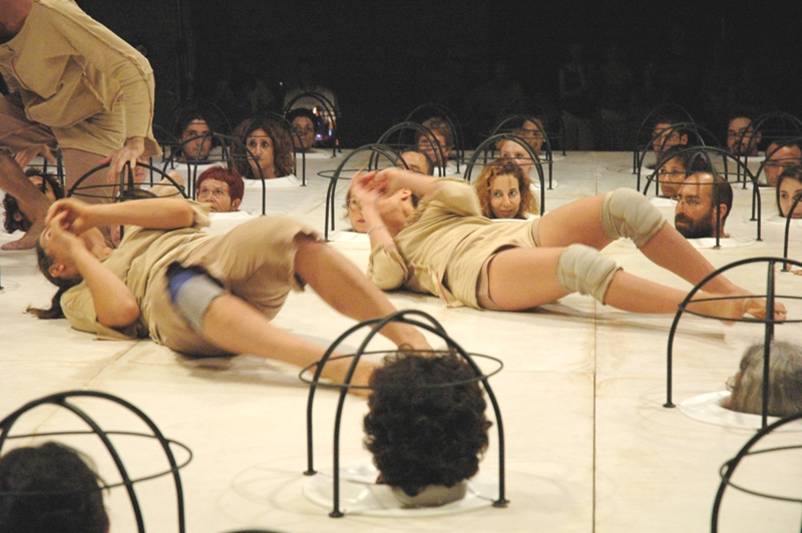 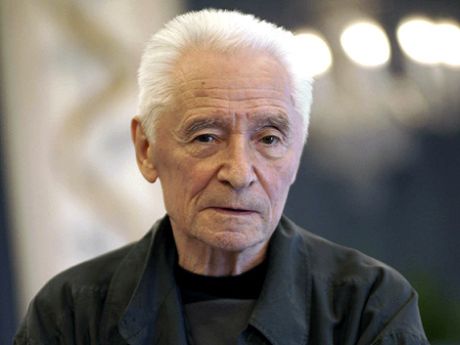